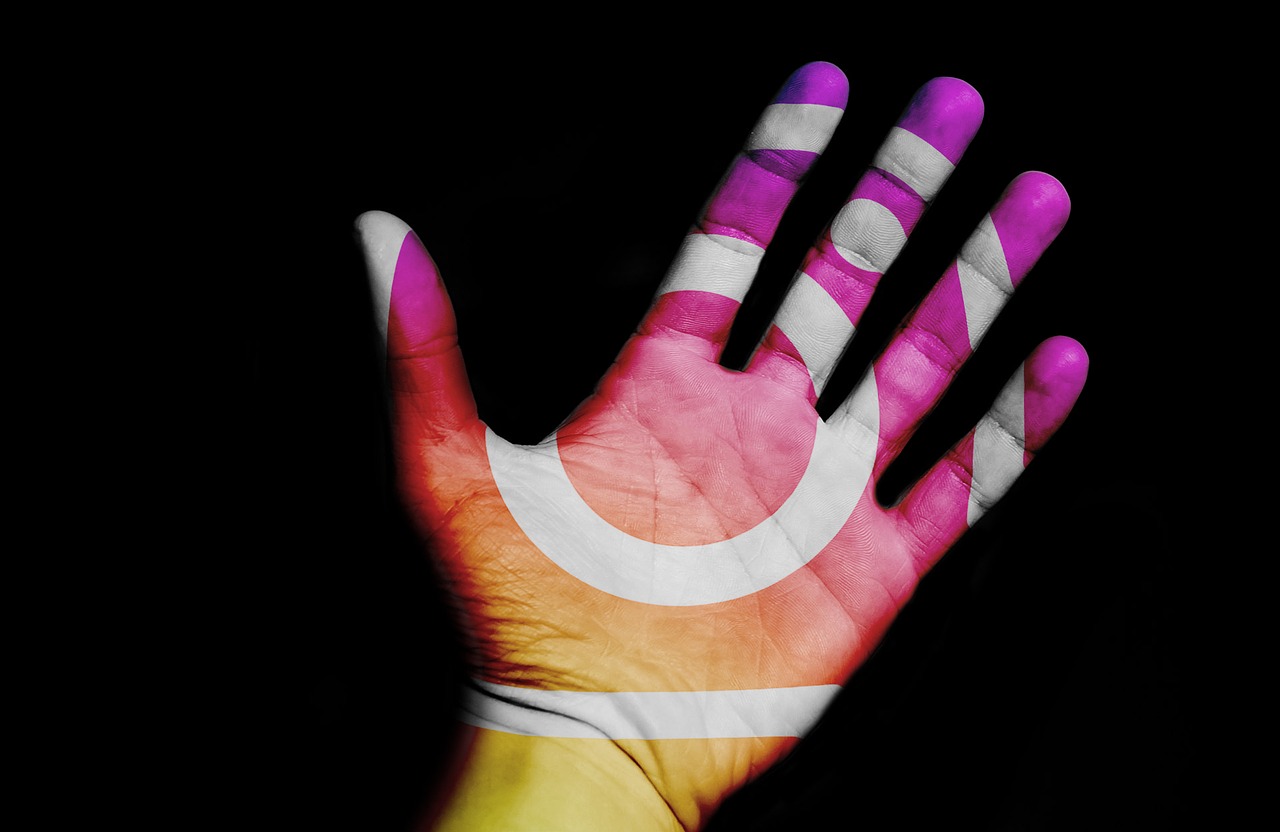 Facebook is preparing to launch its very own competitor to TikTok, Instagram Reels. Using the popular photo-sharing platform as a testing field, Instagram Reels will have several, nearly identical, features that mirror TikTok’s; the Chinese based newcomer. It comes as no surprise that Facebook would attempt to replicate TikTok’s features and use Instagram for its initial rollout. So here are 13 things you need to know as the global rollout takes shape.

Reels is a feature of Instagram. They will join a variety of options available when a user creates a story. You can find the feature by clicking on the camera at the left of your Instagram home page, then swiping right. Reels will have a short format limit of 15 seconds. Within that 15 seconds, users may edit their Reel by adding music (or original recording), changing the speed of their video, and/or adding filters (i.e. AR effects).

Once a user finishes recording, they can add a thumbnail from their camera roll or edit the default thumbnail taken from their video. Similar to TikTok, a user can start and stop recording at their own pace. Reels are meant to encourage creativity with users comfortable with short-form video platforms. “The community in our test countries has shown so much creativity in short-form video,” according to Facebook, “and we’ve heard from creators and people around the world that they’re eager to get started as well.” Reels will add to the large array of already established features that influences a user’s experience in the same manner of Instagram Stories, Instagram Posts, and Instagram Live videos.

Instagram selected India to receive the feature, in beta, in early July of this year. This comes after the Indian government banned new user downloads of TikTok (and 58 other mobile applications) amidst rising tensions with the Chinese government. The ban left a vacuum for companies that wanted to capitalize on the creativity of short-form content creators.

Similarly, in the United States, tensions between the US and China have risen. The U.S. administration has yet to make a decision as to whether TikTok bears a threat to national security and, therefore, should be banned.

The nature of Reels is very similar to that of TikTok and Snapchat, and this is not lost on Facebook’s leadership. Users familiar with making content on either platform might have little to no learning curve as the recording/editing function of Reels closely mirrors TikTok’s. Plus Snapchat has updated their own platform to support similar short-form video content as well.

“TikTok specifically has harnessed real consumer behavior, and done amazing things,” Facebook told Business Insider, “We’ve also seen the rise of short-form video on Instagram, and think we can create something in a way that makes sense for our community … this responsiveness to consumer demand is competition at work and one of the longtime hallmarks of the tech sector. It increases choice, which is good for people.”

4. Where Can I Find an Individual User’s Reels?

If a user wants to find content from a specific creator, they can do so by going to that creator’s page and clicking on the Reels tab — similar to the way a user could find an IGTV video.

At the bottom left of a Reel, a user can like, comment, and/or share the video with other users on Instagram. At the bottom right, a user can see how many likes and comments the reel has already received.

6. How Will I Know Which Instagram Videos are Reels?

All Reels will be watermarked to differentiate between which posts are videos, live recordings, or Reels. This ensures security for content creators and helps users navigate through this new feature. When scrolling through a feed or explorer page, the Reels icon appears as a small clapperboard in the left side corner.

7. What are the Differences Between Reels and Tiktoks?

There are some notable differences between Instagram Reels and TikTok.

The most obvious difference between the two is that Reels are limited to 15 seconds while TikTok’s limit is 1 minute. Second is music, there’s no official statement on the type of music and audio that will be allowed on the platform. Facebook has stated that it’s launching licensed music soon,  but it’s unknown if it will be comparable to TikTok’s and or included in the Reels feature.

8. What Factors are Influencing the Reels Rollout to the US?

Facebook has been testing Instagram Reels in non-US markets, but the timing of the US rollout could not be more in their favor.

TikTok is at risk for US erasure due to its review as a potential threat to national security.  The U.S. Administration has stated they will make a decision as to whether or not they will ban TikTok in the coming weeks.

Although TikTok has only existed globally for two years, it has already become a cultural staple for Gen Z. TikTok has more than 2 billion downloads and it has all but solidified its place as a social media titan. It outperforms a number of US-based apps that attract younger audiences — including Instagram. In late 2019, TikTok dominated in downloads, beating Instagram by over 238 million users. It was the only app within Sensor Tower’s top five that wasn’t owned by Facebook.

Facebook has already made a power grab for TikTok’s audience in the past with the failure of Lasso, an app that only received 600,000 downloads in its entire existence.

Snapchat, YouTube, and an abundance of smaller competitors are also throwing their hats in the ring. Snapchat, which has struggled to maintain its users, is implementing a new navigation style that is similar to the vertical motion TikTok users are familiar with as they scroll through content. Public stories are now compiled in an endless scroll that allows Snapchat users to engage in content they do not actively seek, allowing them to discover new creators.

Youtube is testing a feature that allows mobile users to create short, 15-second clips as well. Although the feature is not yet public, we know the differences include: users can string multiple clips together and multiple clips can be posted to the platform as one video. The feature is separate from Youtube Stories.

There’s no official statement as to whether Youtube will also provide AR features or an audio library for its users.

Smaller companies such as Dubsmash, Triller, and Byte are also drawing former TikTok users. Dubsmash and Triller have attracted dancers while younger members of Gen Z seem to prefer Byte.

11. Why is Now the Perfect Moment for Instagram Reels?

Instagram could be the leading social media platform for generations to come.

12. How is TikTok Responding?

In spite of all this, Tik Tok has launched a new platform called “TikTok for Business”. The move seems to directly target Snapchat (which offers AR ads for businesses) and Facebook (which also allows users to run ads on their platform. To increase competition, the app is also providing a new e-learning center that aims to help marketers make the best use out of the “Tik Tok for Business” platform.

Rather than a wholly new feature,  “Tik Tok For Business” organizes the app’s business offerings under one umbrella.

At prices that are comparable to Facebook and Snapchat, it’s possible this will be the move to keep TikTok afloat. Users will ultimately decide if Instagram Reels will be the next Instagram Stories — or a flop like the ill-fated Lasso.

13. Who Will Win the Battle for Creators?

Ultimately, it is content creators who make each platform what it is. YouTube has been able to maintain its dominance in the digital space for years, in part due to its Partner Program which allows creators to monetize their videos. It’s this program that pulled creators away from Vine and onto YouTube, where they could be paid for their creative work.

In the past, TikTok has functioned more like Instagram in terms of creator support. Content creators could upload sponsored videos or earn money during a live stream, but there was no ongoing monetization program. Rather than share in Vine’s fate (which shut down in 2017), TikTok created programs to incentivize creators to remain on its platform.

At the end of May, TikTok announced a Creative Learning Fund for teachers on the platform. The fund launched with $50 million dollars, but this pales in comparison to its Creator Fund. The TikTok Creator Fund has launched with $200 million dollars and is open to all creators over 18 years of age, regardless of profession or video content (provided that it aligns with TikTok’s community guidelines). The fund is set to launch this August in the US.

With this fund, TikTok creators that are accepted into the program will receive regular payments over the course of a year. The criteria for acceptance into the program has yet to be released nor have specifics such as when this program will expand globally or how much a single creator can expect to earn.

Facebook on the other hand has reportedly offered millions to lure creators from TikTok to Instagram, according to the Wall Street Journal.   Facebook has asked TikTok creators to post exclusively on Reels or to post their content on Reels first, offering to pay for video production with the caveat that that creators sign nondisclosure agreements to keep details of the deal confidential.